The most logical way to deal with chaos, and the one most employed in the past is colonisation. But colonisation is unacceptable to postmodern states and, as it happens, to some modern states too. It is precisely because of the death of imperialism that we are seeing the emergence of the pre-modern world.

Empire and imperialism are words that have become a form of abuse in the postmodern world. Today, there are no colonial powers willing to take on the job, though the opportunities, perhaps even the need for colonisation is as great as it ever was in the nineteenth century.

Those left out of the global economy risk falling into a vicious circle. Weak government means disorder and that means falling investment. In the s, South Korea had a lower GNP per head than Zambia: the one has achieved membership of the global economy, the other has not. All the conditions for imperialism are there, but both the supply and demand for imperialism have dried up. And yet the weak still need the strong and the strong still need an orderly world. A world in which the efficient and well governed export stability and liberty, and which is open for investment and growth - all of this seems eminently desirable.

What is needed then is a new kind of imperialism, one acceptable to a world of human rights and cosmopolitan values. We can already discern its outline: an imperialism which, like all imperialism, aims to bring order and organisation but which rests today on the voluntary principle. Postmodern imperialism takes two forms. First there is the voluntary imperialism of the global economy. This is usually operated by an international consortium through International Financial Institutions such as the IMF and the World Bank - it is characteristic of the new imperialism that it is multilateral.

These institutions provide help to states wishing to find their way back into the global economy and into the virtuous circle of investment and prosperity. In return they make demands which, they hope, address the political and economic failures that have contributed to the original need for assistance.

Aid theology today increasingly emphasises governance. If states wish to benefit, they must open themselves up to the interference of international organisations and foreign states just as, for different reasons, the postmodern world has also opened itself up. The second form of postmodern imperialism might be called the imperialism of neighbours. Instability in your neighbourhood poses threats which no state can ignore. Misgovernment, ethnic violence and crime in the Balkans poses a threat to Europe.

The response has been to create something like a voluntary UN protectorate in Bosnia and Kosovo. It is no surprise that in both cases the High Representative is European. Europe provides most of the aid that keeps Bosnia and Kosovo running and most of the soldiers though the US presence is an indispensable stabilising factor.

In a further unprecedented move, the EU has offered unilateral free-market access to all the countries of the former Yugoslavia for all products including most agricultural produce. It is not just soldiers that come from the international community; it is police, judges, prison officers, central bankers and others. Local police are financed and trained by the UN.


As auxiliaries to this effort - in many areas indispensable to it - are over a hundred NGOs. One additional point needs to be made. It is dangerous if a neighbouring state is taken over in some way by organised or disorganised crime - which is what state collapse usually amounts to. But Usama bin Laden has now demonstrated for those who had not already realised, that today all the world is, potentially at least, our neighbour. The Balkans are a special case. Elsewhere in Central and Eastern Europe the EU is engaged in a programme which will eventually lead to massive enlargement. In the past empires have imposed their laws and systems of government; in this case no one is imposing anything.

Instead, a voluntary movement of self-imposition is taking place. While you are a candidate for EU membership you have to accept what is given - a whole mass of laws and regulations - as subject countries once did. But the prize is that once you are inside you will have a voice in the commonwealth. If this process is a kind of voluntary imperialism, the end state might be describes as a cooperative empire.

The postmodern EU offers a vision of cooperative empire, a common liberty and a common security without the ethnic domination and centralised absolutism to which past empires have been subject, but also without the ethnic exclusiveness that is the hallmark of the nation state - inappropriate in an era without borders and unworkable in regions such as the Balkans. A cooperative empire might be the domestic political framework that best matches the altered substance of the postmodern state: a framework in which each has a share in the government, in which no single country dominates and in which the governing principles are not ethnic but legal.

The lightest of touches will be required from the centre; the 'imperial bureaucracy' must be under control, accountable, and the servant, not the master, of the commonwealth. Such an institution must be as dedicated to liberty and democracy as its constituent parts. Like Rome, this commonwealth would provide its citizens with some of its laws, some coins and the occasional road. That perhaps is the vision.

Can it be realised? Only time will tell. The question is how much time there may be. In the modern world the secret race to acquire nuclear weapons goes on. In the premodern world the interests of organised crime - including international terrorism - grow greater and faster than the state. Show all. Conclusion Pages Fitzpatrick, Matthew P. Show next xx.

Services for this book Download High-Resolution Cover. PAGE 1. The global world or the keeping of their traditional homogeneity? What about the Australian Aborigines? The Tibetans? Ask a Thai villager if they would love to go live in Australia, sure for many the answer is yes. A resounding no. Does no-one on the left see the enormous hypocrisy here? Most people if offered a choice do not want their homeland globalised. 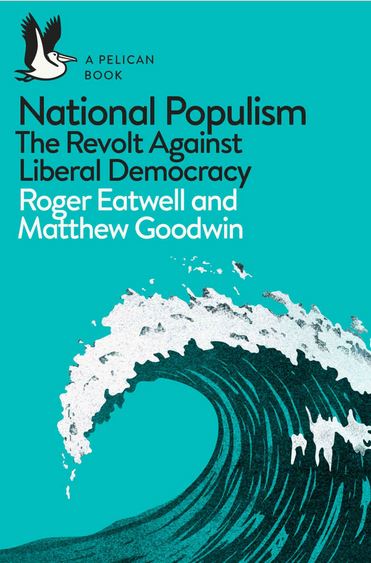 They by and large want to keep it as it is, or let it have its own free choice to develop as the people with deep connection to the place wish. Seeking a world that runs roughshod over these wishes, of far and away the vast majority of humanity is simply the highest expression of imperialism ever yet written in the world. For the progressive to assume the right to remake the whole world entirely on the lines they think is best for people, not to allow the continuing self-determination for people to decide for themselves, is a crime.

Smaller protected units of people enhance enfranchisement. Just do a simple thought exercise at a level that is easy to cognise. My family in my home, we strictly determine who may live in the family home, when it comes to determining what is done in the home we have complete control. Now imagine we let anyone that wishes to make a life in my home the ability to enter, and 5 people do, to add to my familial 4. Now even if all of us vote for X, if the other 5 vote for Y, we do not get what we want. Open borders destroy enfranchisement.